Unless you’ve been living under a rock, you’ll know video dominates the Internet.

YouTube is the second most popular website in the world (behind Google, which, of course, owns the video platform); Facebook now prioritises video, particularly live video; and even LinkedIn, home of the business article, welcomes video – with video campaigns having 50% view rates.

Whether you’re selling to businesses or consumers, video can bring case studies and testimonials to life. It’s also great at giving your brand a personality, something even good copy struggles with.

That’s because nothing compares with video’s ability to marry a story with compelling visuals and audio. But, and there’s always a but, good video takes time and resources. If you’re on a limited budget how do you convert your storyboard ideas into cinematic reality?

The answer’s in your bag or pocket – your smartphone. A modern phone camera will shoot High Definition video and probably 4K video (Ultra HD). So there’s no problem with the quality of the images.

Of course, having the tools to do something doesn’t mean you have the skills or ability to do it. Most DIY video is let down by amateur mistakes.

There is a craft to film making – What’s the best way to frame an interview? How do you use lighting to create mood? Why is the sound so important?  Videographers take years to learn how to get the best out of their equipment.

Don’t be daunted, the basics of filming and editing can be learned in a few hours. That’s why we developed a one-day course at Matrix Marketing to give your video content marketing a kick start.

“There were lots of really useful tips and techniques that we can take away and use in our daily roles.” Esme Turner, Communications Manager, Companies House

We guarantee you’ll be making professional looking and sounding videos at the end of our SmartVideo course. You’ll know how to frame your shots, show your products in their best light and create stories with an emotional punch.

Since 2012, he has trained senior management teams around the world in the art of how to excel in interviews and how to make the most of any presentation opportunity – e.g. conference, panel or webinar.

Paul previously worked at the BBC for 23 years; in radio and then for 17 years in TV as an on-screen reporter.  In that time, he conducted thousands of interviews including Prime Ministers, cabinet ministers, CEOs and the odd celebrity (most of them are odd).

As a seasoned TV hack, he knows the tricks of the trade and can bring authenticity and relevancy to all scenarios.  He prides himself on teaching trainees how to stay in control of the interview and deliver their key messages. In addition, Paul is experienced in how to communicate in a crisis and regularly leads bespoke courses on how organisations can perform their best when under the worst of scrutiny.


Warning: count(): Parameter must be an array or an object that implements Countable in /srv/users/serverpilot/apps/matrixmarketing/public/wp-content/themes/jupiter/footer.php on line 226 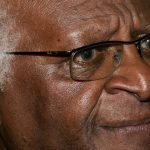 Archbishop Tutu taught me a lesson about interviews I never forgot 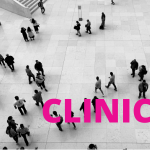 CLINIC: How can we secure new business quicker?