Archbishop Tutu taught me a lesson about interviews I never forgot

It’s Spring 1990 and I’m a relatively novice reporter on a mission. I have my ‘trusty’ Uher (it’s a reel to reel tape recorder – which was less than trusty) slung over my shoulder and I’m waiting outside a conference hall in Colchester.

As assignments go at BBC Essex, this was a good one. My chance to interview someone at the centre of world events, someone who made news just by opening his mouth – Archbishop Desmond Tutu. What could possibly go wrong?

As you’ve probably guessed, quite a bit. The Uher had a habit of running out of battery just when you needed it most; but I’ve checked and it’s fully charged.

We hadn’t arranged an interview with his people, I’d been sent to ‘see what you can get.’

In other words, I’d be doorstepping him as he walked out of the building, always a bit risky;

As I waited, I scouted the area;

Before I’d got firm answers in my head, the doors flew open and out strode the great man, entourage in his wake. With no time to hesitate I walked over and thrust out the mic. And then it dawned on me, in all the time I’d been thinking about how to get the interview, I hadn’t thought about the interview – what questions to ask.

My brain went into overdrive and suddenly I remembered something, so I blurted out, “When Nelson Mandela left prison, he came to stay with you – what did you say to him?”

The Archbishop, looked me in the eye, paused for a moment, and then with that mischievous grin of his said, “Hello!”

The crowd fell about laughing, my face went bright red, I mean scarlet, and I mumbled, “Oh…okay…”, before lamely asking, “And what did you talk about?”

To be fair the rest of the interview wasn’t a disaster, he is an amazing speaker, and the newsroom had a good laugh at my expense, but it did teach me a valuable lesson about preparation.

I never went into another interview, however hastily arranged, without plotting out my questions. If I ask this, they’ll say that, so I should ask this in response etc. Sure, interviews didn’t always go to plan but I was never lost for a question.

So how does that help you? In the same way that experienced reporters plan their interviews, there’s nothing stopping you from preparing too.

If you’re faced with a journalist, think about the questions they’re likely to ask you. Who, what, why, when, where and how are good places to start. That way you won’t be caught out, even if you get a stupid question from a novice reporter like me.

Paul Curran is an experienced communications professional and leads on media training and content production at Matrix Marketing.

Since 2012, he has trained senior management teams around the world in the art of how to excel in interviews and how to make the most of any presentation opportunity – e.g. conference, panel or webinar.

Paul previously worked at the BBC for 23 years; in radio and then for 17 years in TV as an on-screen reporter.  In that time, he conducted thousands of interviews including Prime Ministers, cabinet ministers, CEOs and the odd celebrity (most of them are odd).

As a seasoned TV hack, he knows the tricks of the trade and can bring authenticity and relevancy to all scenarios.  He prides himself on teaching trainees how to stay in control of the interview and deliver their key messages. In addition, Paul is experienced in how to communicate in a crisis and regularly leads bespoke courses on how organisations can perform their best when under the worst of scrutiny.


Warning: count(): Parameter must be an array or an object that implements Countable in /srv/users/serverpilot/apps/matrixmarketing/public/wp-content/themes/jupiter/footer.php on line 226 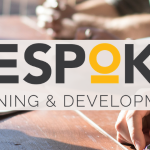